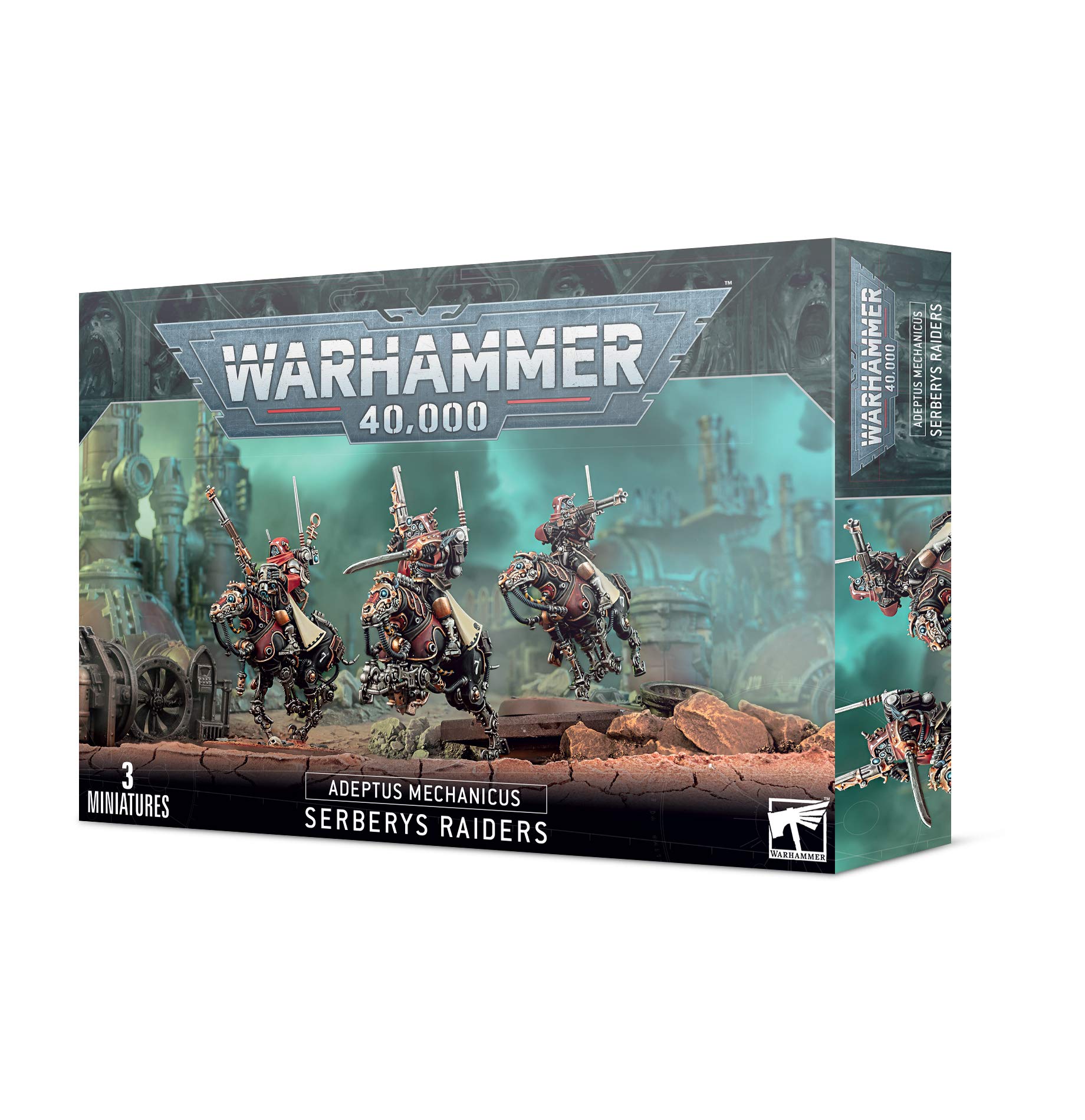 To be promoted from the Skitarii maniples to the Serberys corps is a great
honour. They ride swift quadrupedal constructs whose razor-clawed limbs allow
them to manoeuvre easily over the most shattered terrain, while their riders
are mag-locked in gyro-stabilised positions. The incandescent flash of
phosphor and the stench of charred flesh surround Serberys Sulphurhounds.
Appointed from some of the most aggressive Skitarii clades, within their forge
world\'s temples they patrol lumen-lit enclosures as fell guardians, while on
the battlefield, they are shock line breakers. Once released by their Tech-
Priest masters they smash into, then through, defensive positions before
circling back for any survivors. Serberys Sulphurhounds bear two phosphor
pistols, though one in three of their number can be upgraded to carry a multi-
barrelled phosphor carbine. The squad\'s alpha is armed with a more powerful
version of the standard armament - a phosphor blast pistol. Their flamer-mawed
mechanical steeds can also sear enemies with gouts of sulphurous breath. They
are both swift and hard-hitting, making them a fantastic complement to the
other units of the Adeptus Mechanicus, either as an aggressive or counter-
attacking asset. This kit can alternatively be used to build a unit of
Serberys Raiders instead, meaning that regardless of which unit you assemble,
you'll end up with plenty of spare components for customising your collection.
This kit is supplied in 103 plastic components with which to assemble three
models, each supplied with a Citadel 60mm x 35mm Oval Bases.